The purpose of this article is not to criticize the MediatR library. MediatR is a tool - and just like any tool, it has its own scope of application, and being used incorrectly might do more harm than good. This blog post summarizes my thoughts about using MediatR for supporting CQRS architecture.

On the way to understand the CQRS 🔗︎

I heard about the CQRS pattern for the very first time in 2015 at one of software development conferences (here’s the recording - only in Polish). However, it took me three more years to gain enough experience with building applications to finally understand what problem does it solve and how this approach makes software much easier to create and maintain. The thing that finally convinced me to start using CQRS in practice was a great keynote from Greg Young entitled 8 Lines of Code. If you haven’t seen it yet, I highly recommend spending those 45 minutes on it, as it might be a turning point in your software development career. The main message of that presentation is that the key to good architecture is simplicity. Quite often frameworks promise that simplicity but in reality they introduce a lot of “magic”, making systems harder to understand and maintain. After watching this video, it turned out that the CQRS pattern is pretty simple to implement and you actually need only 4 interfaces.

The CQRS is a strategic pattern. There’s a general rule that the read and write operation should be somehow separated. This rule can be implemented in the code using different tactical patterns. The first step that you can take when refactoring an existing system with classical n-layer architecture towards the CQRS is to split existing application services into the read and write services. For example, if you have a UserService that performs all operations related to the User area, you can divide the existing operations appropriately, based on the responsibility, into two services: UserReadService and UserWriteService. Those Read and Write services should be independent of each other - you should not use the Read service inside the Write service, or the other way around. This is the easiest way to start using CQRS in an existing system. However, from my experience, a better approach is to use the pattern presented by Greg Young and implement every operation as a separate type. This way, our code will be more aligned with SOLID principles, especially with:

You can do it as a next step after you split your services into read and write, or use it from the beginning when you are developing a new system. To implement this approach (let’s call it CQRS Vanilla for further reference) in C#, you just need those 4 interfaces:

Some guidelines recommend that the Handle method of ICommandHandler should not return anything. However, in real world applications, there’s always a need to return something (like validation result or identifier of a newly created resource), so it’s much easier when this method returns an object.

We also need to provide an implementation of dispatcher’s interfaces. For ASP.NET core with default DI container it might look as follows:

The last thing to make everything work is a little bit of plumbing code to register all necessary components in DI container:

And that’s all you need to start using CQRS in your project. As you can see, there are only 4 interfaces and a few lines of code that depend on your DI container of choice.

What about MediatR 🔗︎

Implementing all that stuff by myself helped me to understand how the whole concept works. As everything seemed to be very straightforward, I started using this implementation in my applications without looking for any library or framework that implemented this concept. The fact that CQRS is so simple that you don’t need any library for it was emphasized in the presentation I saw back in 2015. However, I started hearing questions from other developers: “Why don’t you use MediatR for CQRS?” and from time to time I encounter different blog posts presenting how to implement CQRS with MediatR library. I was quite surprised because if it was so simple in 2015 then why do I now need a library to make it work? The arguments like “MediatR is well known in the community” and “it has a lot of stars on Github” don’t seem to be convincing, taking into account the simplicity of the pattern. However, I decided to check what is it that MediatR can actually offer and I went through the documentation. I read it all and I didn’t change my mind. I will explain why.

Let’s start from the definition taken from the MSDN article about CQRS:

CQRS stands for Command and Query Responsibility Segregation, a pattern that separates read and update operations for a data store.

I intentionally highlighted the segregation and separates words in the CQRS definition as it’s the most important part of this pattern, and it should be a starting point for discussion on “should I use MediatR for CQRS?”. In MediatR we don’t have concepts like Commands and Queries. There’s a more generic thing called the Request, represented by IRequest<T> and IRequestHandler<TRequest TRequestResult>. Of course there’s also a Notification that can be implemented with INotification and INotificationHandler<TNotification>, but this is unrelated to CQRS so let’s leave it alone. Using MediatR we can implement every operation as a separated type - same as with our “Vanilla framework” - but there’s no distinction between read and write operations. Why is this a problem and why is it so important to have this kind of demarcation on the code level? The Read and Write operations have their own preclusive set of responsibilities. There are certain actions that are allowed or disallowed in a given kind of operation, a few examples from the top of my head:

When we have separate interfaces for query and command handlers, it’s easier to focus on the scope of responsibility of that operation and it’s much easier to notice any violation of CQRS rules during the code review.

As I mentioned before, MediatR doesn’t have Commands and Queries but we can introduce such distinction by adding the following marking interfaces:

Those four extra interfaces allow us to tell apart commands and queries operations. Now we are more aligned with the CQRS definition but this approach has some disadvantages related to maintenance. We need to inform other developers working on the project that we are allowed to use only those interfaces to implement our commands and queries, and we can’t directly use gears provided the by MediatR. Of course, there’s always a risk that somebody uses IRequest and IRequestHandler interfaces directly, especially when we have seasoned MediatR users or project newcomers - they will probably struggle with all habits. I especially don’t recommend doing that in an existing project as the mix of this extra abstraction and the original MediatR interfaces might be very confusing. This might be counter-productive as we start fighting with a library that is not well aligned with our design.

Before we go this way, we should ask ourselves one important question: “If the pattern consists of four interfaces and we need to create them anyway to use a library that should provide them, what is the benefit of that library?"

Another missing part in MediatR is the distinction of commands and queries in the mechanism responsible for operation dispatching. Having two separate interfaces allows for creating independent workflows for the read and write operations. Here are a few examples of actions that you want to apply to only one side:

In the MediatR, aspect operations can be implemented with Behaviors (IPipelineBehavior<TRequest, TResponse>) but as there’s no distinction between Commands and Queries, you cannot create separate pipelines for read and write operations. If you want to have a specific behavior only for one side, you end up with a bunch of if statements in the behavior implementation:

In our Vanilla framework we can implement all cross-cutting concerns by creating decorators for ICommandDispatcher and IQueryDispatcher:

As you can see, it is less cluttered, much more readable, and easier to understand in comparison to the behavior created with MediatR.

Decorators can be registered in the DI container using factory method and ActivatorUtilities:

The same can be achieved with Scrutor as follows:

Of course, the component lifecycle should be adjusted to your needs (singleton here is just an example).

MediatR seems to be a pretty decent implementation of mediator patter which has its own area of application. However, mediator patter solves a totally different problem than the CQRS pattern. Of course, it can be used to implement CQRS but the cost of adjusting the MediatR library to play well with the CQRS guideline seems unjustified, considering the simplicity of CQRS pattern. My main objection against using MediatR for CQRS is the lack of clear distinction between the read and write sides. In my opinion, the popularity of MediatR in CQRS apps seems to be a cargo cult that might have roots in CQRS pattern misunderstanding or the lack of any will to understand it. I wonder what are your thoughts on the subject? 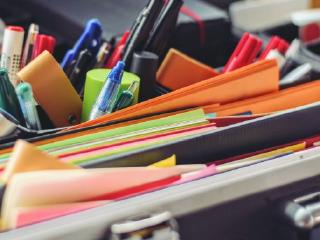 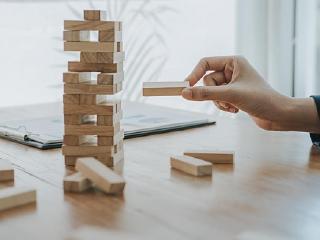