A year ago I started working on a set of projects that requires accessing data from a huge legacy database. There was a decision to use Dapper to facilitate database access code. For those of you who are not familiar with Dapper, it’s a set of extension methods to IDbConnection, which allows to easily map C# object to SQL query parameters, as well as SQL query result to C# objects. I was quite skeptical to use a library that requires writing SQL queries directly in the C# code, because I got used to relying always on ORMs (NHibernate in particular). Throughout the year, Dapper has proven to be the right tool for the job. In the meantime, I also discovered a couple of features and tricks that allow me to write quite concise and easy to maintain database access code, and I think it’s worth sharing them here.

Dapper allows to easily map SQL query results to C# objects based on the naming convention. There’s no problem if the database table columns' names match object fields' name - if there’s a discrepancy, you can deal with it by adding aliases:

However, the naming convention approach is fragile to rename refactoring. Changing the object field’s name will break your code and it can be hard to detect without an appropriate test suite. Fortunately, there’s a way to shorten this feedback loop and solve this issue in the design time. We can make our code more resilient by defining aliases using string interpolation and nameof() operator:

This not only takes away the threat of breaking the code while renaming DBO fields but also gives better discoverability and navigability in the code. Using find usage option, we can also find where a given field is used in the SQL queries. And there’s no performance penalty because the compiler can evaluate this string interpolation during the compilation, because all of the parameters are const. You can verify it by yourself with this Sharplab.io example

Unfortunately, the output is not well-formatted and contains additional characters for line endings. We can fix it by adding nq (no quote) suffix:

If you are using Resharper then you can avoid typing long FQN and copy it with a special option for this purpose:

Sometimes there is a need to use some sort of constant values in the SQL query (especially in the conditions). Queries with those cryptic values are very hard to review or even can cause a problem with understanding for the author himself after a while:

This is a classical example of well known code smell called magic numbers. We can solve this problem again with string interpolation. It’s tempting to introduce an enum that represents a set of available values but unfortunately using an enum as a parameter for the interpolated string will prevent the compiler from evaluating expression during the compilation. The evaluation will occur in the runtime and will result in creating a new string in the memory whenever the code is executed. This can hurt the application performance especially when you define SQL queries as local variables. You can check it on this Sharplab.io example If you need to keep strings with SQL queries as local variables then it’s better to define those magic values as const:

Those constants must be a string type even if they are numeric values, otherwise the compiler generates invocation of System.String.Format() instead of creating a single string.

Bridge the gap between relational and object-oriented models 🔗︎

Very often posts advertising micro ORMs present fairly simple examples where database data structures match almost 1-1 the C# structures. However, the reality is quite different and the discrepancy between relational and object-oriented model might be expensive and result with a large amount of code responsible for fetching and transforming data.

In order to fetch complete user data we can use one of the following approaches:

We can introduce some sort of intermediate type for fetching a result of the SQL query and then map it to the destination type in the memory. I call those intermediate types DBO - DataBase Object:

This solution has several disadvantages:

Another option is to fetch direct attributes (Id, FirstName, LastName) with one query, fetch address data with another one and merge user with address in memory:

This approach requires two calls to a database, but it can be reduced by merging those two queries into a single string and executing it with SqlMapper.GridReader:

Looks like this solution is much cleaner and requires less code than the option with the intermediate DBO object, but things can get really messy when we want to fetch data for more than one user and the relation between user and address is one-to-many:

We can simplify it by taking leverage of JSON support in SQL Server. For the relation 1-1 between the User and Address our SQL query can look as follows:

or we can rewrite it to handle one-to-many relation using sub-query:

But how can we fetch this JSON SQL query result using Dapper? The most common solution that we can come across on the internet is to create a custom type handler for our SQL query result:

After registering type handler with:

we can query our data with Dapper query extension methods as usual. However, this approach with custom type handler has two disadvantages:

We can solve both problems by executing SQL queries with the following extension method:

With this JSON SQL query approach I was able to very easily fetch quite complex object from the database. The only limitation I came across was lack of ability to fetch properties which are a list of primitive times. SQL Server always wraps sub-queries result in the object, even if they are based on a single column.

As you might notice - in SQL queries formatted as a JSON it’s possible to define aliases with a dot notation like [MainAddress.City]. Unfortunately, there’s no operator in C# like nameof which could return full member path, but we can simulate that with the following method that accepts expression tree:

With this helper method we can rewrite our query to be resilient to refactoring in the following way:

The necessity to provide TypeExtensions<User> for every MemberPath invocation can make our query a little noisy. This can be simplified with using static or by defining short alias for generic type. We also have to keep in mind that the invocation of MemberPath function is evaluated in the runtime. 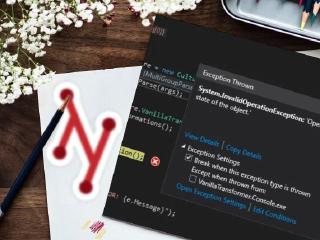 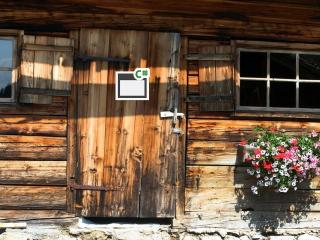 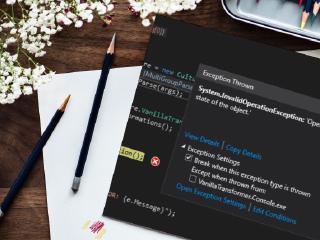